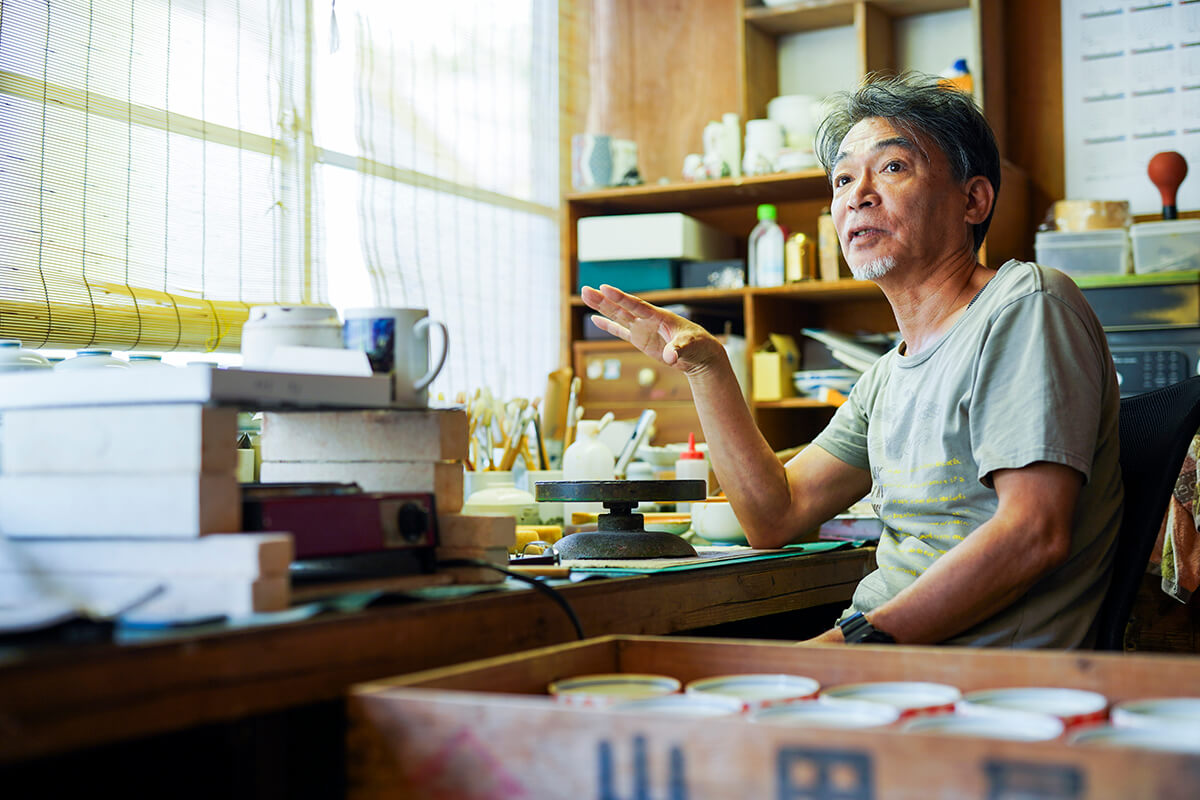 It is painted with paint and transferred with an overpainting (red painting).
We are also working on recreating old transcriptions as new designs by changing the combination. 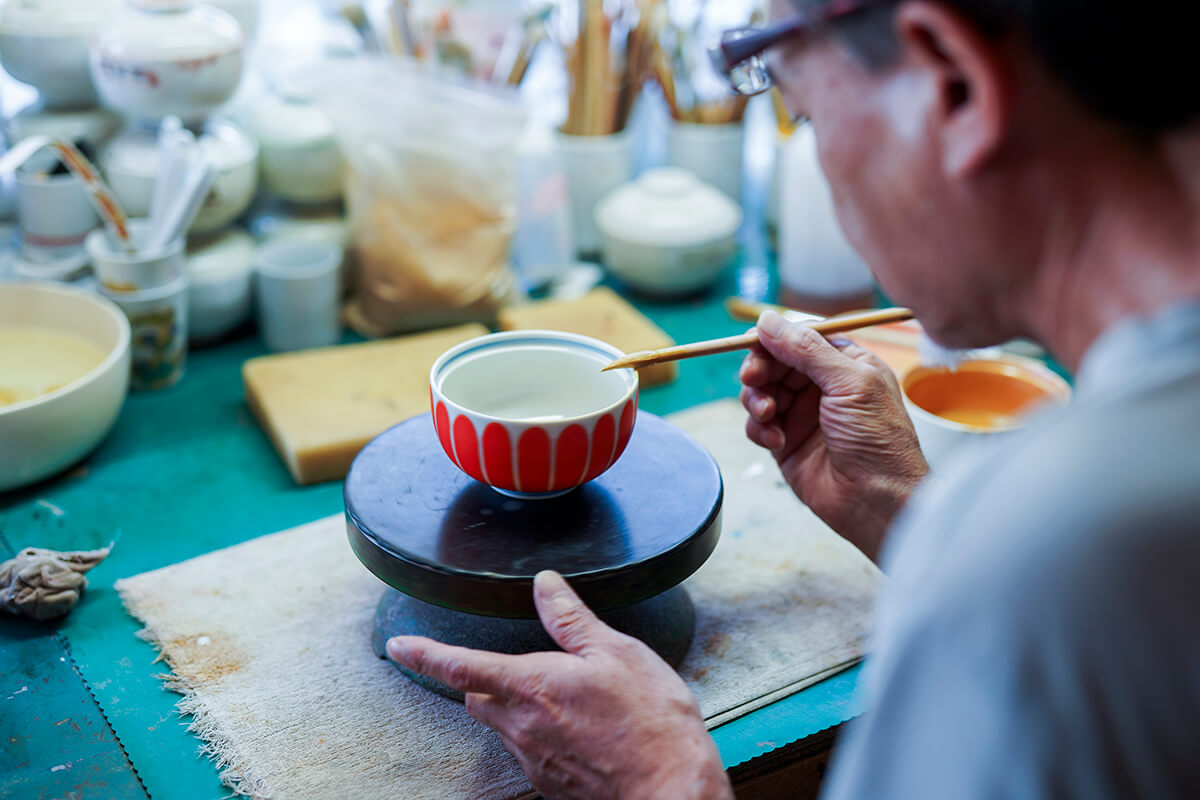 The company is old, but I think the initiative is new. Of course, we are doing old-fashioned things, but it is a company that is exploring various things such as expanding sales channels using the Internet according to the current era.

The number of employees is not so large, so it’s a familiar face, and I enjoy doing it.

I think my job is a company that lets me try various things. It can be said that it is an interesting company in that respect as it receives various stimuli from the outside, such as overseas designers who use Artist in Residence.

In the first place, it is rare that the kiln is so open, and there are many people coming and going, so it is a place where you can do various things for those who are motivated by themselves. 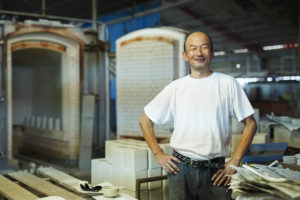 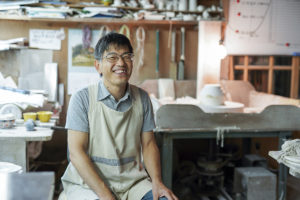 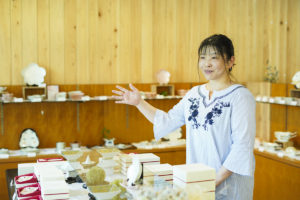 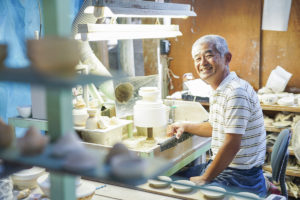 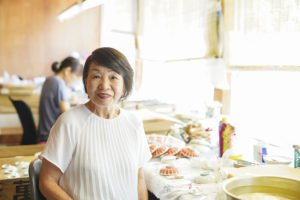 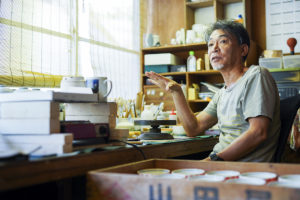